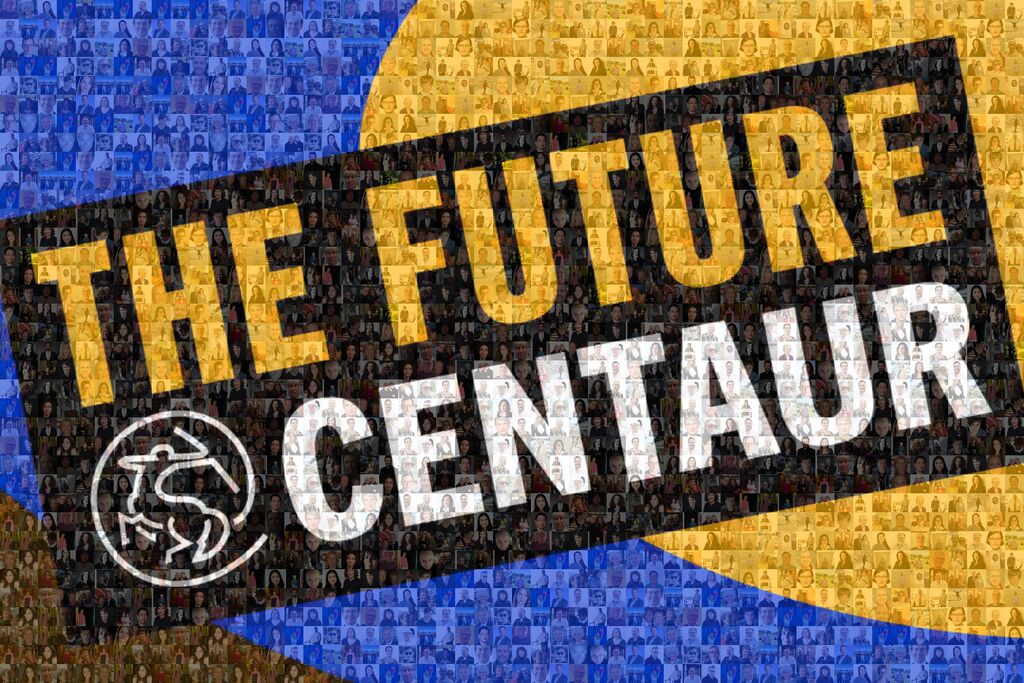 Thanks to the CQT for recognizing both of these exemplary people and a ‘gros bisou’ each to Jade Bruneau, Simon Fréchette-Daoust and Marc-André Perron from Théâtre l’Oeil Ouvert who created a truly festive event, despite the lack of revelers who would normally have attended.

Chuck’s wife, Anne Clark, secretly schemed with the CQT to make the event an intimate and heartwarming surprise, full of the music and stories that define Chuck and his many contributions to theatre, locally and nationally.

The Many Faces of Centaur’s Donors

Did you notice the beautiful thank-you mosaic above? It features the beautiful faces of those who joined our Director’s Circle this year by donating whatever they could to support us our activities. It’s never too late to join!

In Quebec: Quebec’s World Theatre Day message comes from Anglesh Major, a relatively new face on the scene who is exploding on multiple fronts including pop music & opera, theatre, the small screen and online. His finger is squarely on the pulse of what’s new and immediate for Quebecois theatre makers and audiences. Read his message here.

In Canada: The Professional Association of Canadian Theatres (PACT) turned to Canadians to ask why they love theatre and MPs, Senators, Ministers of Culture, as well as theatre creators and administrators across the nation chime in.

Internationally: Spokesperson for the International World Theatre Day, the illustrious stage and screen actress, Dame Helen Mirren, had this to say.