Sexual Misconduct of the Middle Classes

A provocative look into the intimate challenges within academia in the #MeToo era, this exploration of consent and exploitation won the Governor General’s Award in 2021. Eda Holmes Directs this Montreal production starring Marcel Jeannin as the professor.

Student Group tickets are available for $25.00 for groups of 10 or more. Contact our Box Office to reserve.

“First-rate material from one of Canada’s best playwrights”

“Powerful and clever and funny”

Known for her up-to-the-minute plays with shocking twists, Hannah Moscovitch takes on the topic of sexual misconduct in this present-day play. This story features two perspectives on the same relationship, asking the question, who owns this narrative?

Jon Macklem is a teacher in the middle of his third divorce. Lonely and full of self-loathing, he begins an illicit relationship with Annie—one of his nineteen-year-old students. The echoes of their relationship reverberate in the years that follow, growing from a rumble to a roar once #MeToo breaks. 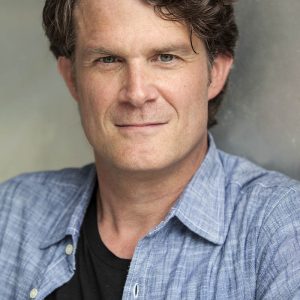 Marcel has performed in theatres across Canada, the United States, and France, and is a past member of both the Stratford Festival and National Arts Centre acting companies. For Centaur Theatre, credits include God in Paradise Lost, Karl/Steve in Clybourne Park, Alan in God of Carnage, and Antipholus in The Comedy of Errors. For the Segal Centre, credits include Freddie in Noises Off, Michael in The Secret Annex and Trigorin in The Seagull. For Hudson Village Theatre, credits include Marc in Art. Film and television credits include Three Pines, The Braid, Crisis, Ghosts and 300, as well as the titular voice in The New Adventures of Lucky Luke. He is a frequent guest artist at the National Theatre School of Canada. 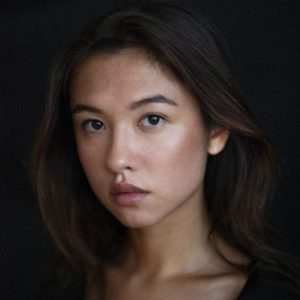 Originally from Paris and from a Franco-Asian family, Inès graduated from the Conservatoire d’art dramatique de Montréal in 2020. She played multiple roles in Shakespeare’s Hamlet directed by Florent Siaud, in Small Talk by Carole Fréchette directed by Benoît Vermeulen, and in Le Legs de Marivaux, directed by Catherine Vidal.

During her last year of training, she appeared in two music videos for the electro-pop group Le Couleur, and made an appearance in the music video for Limonade by the artist Zoo Baby.

Since graduating from the Conservatoire, she made her debut on television in Felix, Maude, et la fin du monde. More recently, Inès played Zoé in the series Sans Rendez-vous, broadcasted on Radio-Canada in the fall of 2021, and played Alexane Lessard in the hit series District 31.

Perfectly fluent in English and French, passionate about acting and eager to meet new people, Inès immerses herself in collective creations, scriptwriting and yoga.

Hannah Moscovitch is an acclaimed Canadian playwright, TV writer, and librettist whose work has been widely produced in Canada and around the world. Recent stage work includes Sexual Misconduct of the Middle Classes and Old Stock: A Refugee Love Story (co-created with Christian Barry and Ben Caplan). Hannah has been the recipient of numerous awards, including the Trillium Book Award, the Nova Scotia Masterworks Arts Award, the Scotsman Fringe First and the Herald Angel Awards at the Edinburgh Festival Fringe, and the prestigious Windham-Campbell Prize administered by Yale University. She has been nominated for the international Susan Smith Blackburn Prize, the Drama Desk Award, Canada’s Siminovitch Prize in Theatre, and the Governor General’s Literary Award. She is a playwright-in-residence at Tarragon Theatre in Toronto. She lives in Halifax. – Playwrights Canada Press

Tickets for Sexual Misconduct of the Middle Classes are part of our 4-Play Subscription package.