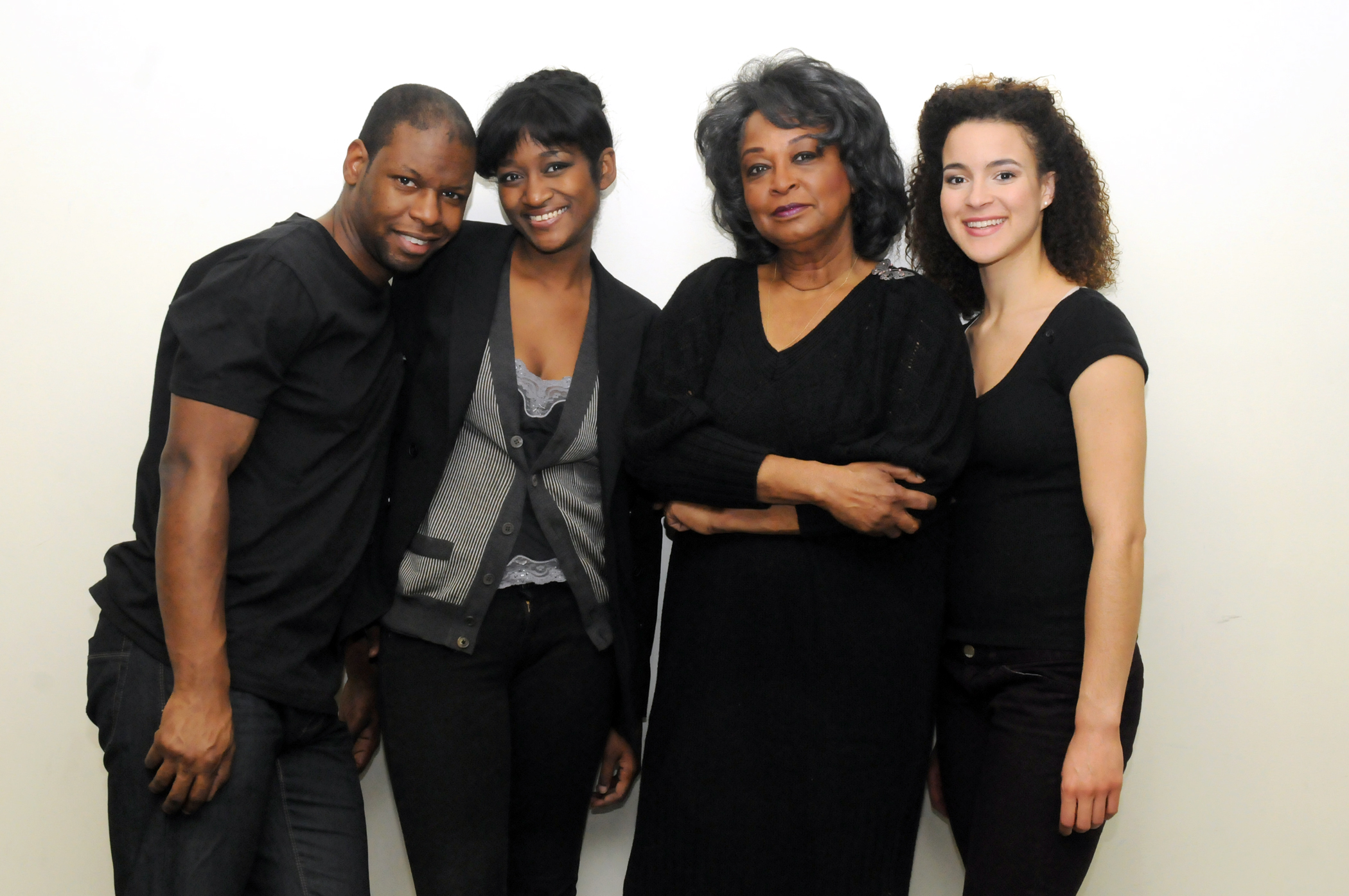 “Our history […] doesn’t only consist of the racism we endured and the struggles we faced. It’s also about the good stuff … our contributions, our inventions, our entrepreneurial endeavours.”

The enduring connection between Centaur Theatre and Black Theatre Workshop (BTW) goes back decades. February’s Black History Month is the perfect opportunity to praise the accomplishments of Canada’s oldest Black theatre company, celebrating its 50th anniversary this year. Here are just a few highlights from our longstanding alliance.

Thirty-five years ago this February, (when Black History Month was only a week long!) under the Artistic Directorship of actor/dancer/choreographer Don Jordan, BTW staged Edward Albee ’s The Death of Bessie Smith at Centaur. The current Montreal Gazette Editor-in-Chief, former arts reporter, Lucinda Chodan, host of our Sunday Chat-Ups, spoke to Mr. Jordan for this preview article.

You may notice Centaur alumna, Ellen David, at the far right in the photo; she was still Ellen Cohen back then. Tyrone Benskin, who later served as BTW’s Artistic Director, was also a cast member and our current Front of House Manager, Layne Shutt, was BTW’s Production Manager at the time and helped with the props on this show. Don Jordan returned to Centaur in 2015 as a chorus member in The Adventures of a Black Girl in Search of God.

We were thrilled to have Walter back in the house for the magnificent BTW/Centaur/NAC co-production of Djanet Sears’s The Adventure of a Black Girl in Search of God. Most nights, Walter and his cantankerous cohorts stopped the show every time they made their signature ‘bodacious’ entrance.

For its 39th season, BTW presented Lorraine Hansberry ’s renowned seminal play, A Raisin in the Sun, featuring Ranee Lee, a Juno Award winner and member of the Order of Canada. Ranee has graced our stage as actor and jazz icon over the years, and this season she is generously sharing her time and expertise with us as one of the panelists in our Artistic Diversity Discussions @ Centaur.

In 2019, the emergence of more female artists of colour was exemplified by the triumphant all-female cast of BTW’s production of Trey Anthony’s How Black Mothers Say I Love You at Centaur. Ms. Trey is best known for her award winning play and TV series, Da Kink in my Hair. The play’s director, Tamara Brown, also directed Centaur’s world premiere of Michaela Di Cesare’s Successions.

Last season was supposed to wrap up with the BTW/Centaur co-production of August Wilson’s Fences, which would have starred BTW’s Artistic Director, Quincy Armorer, opposite Lucinda Davis as his wife, the third time they’ve portrayed a married couple at Centaur. Perhaps you were lucky enough to see Lucinda in the Centaur production of Lynn Nottage’s Pulitzer Prize-winning Intimate Apparel and in The Adventures of a Black Girl in Search of God. Quincy’s affiliation with Centaur began when he worked as an usher, then as the Assistant Front of House Manager, a receptionist, and finally as the Assistant Box Office Manager. We much prefer him on stage or directing!

When Covid closed our doors last March, the set of Fences was entirely built. A year later both Centaur and BTW remain keenly optimistic about presenting this powerful play to Montreal audiences. While we wait for the green light to reopen theatres, our close association with BTW continues to flourish.