6 films, 6 actors, 3 directors. What is the difference between the screen and the stage? In addition to the films released for streaming, a live theatre screening will be programmed during Wildside. Finally, don’t miss the monologues performed live on stage in April for a complete theatrical experience that dares to compare how we experience performances. 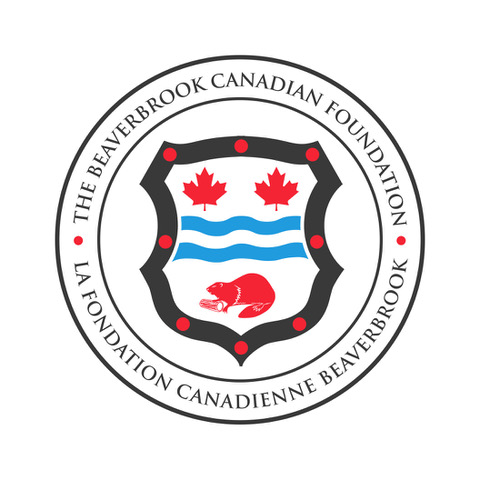 Audiences are invited to stream monologues-as-films online and then come to the theatre to see them live in a traditional theatrical setting in April, starting a conversation about the difference between the two experiences.

New this year, Centaur is offering the initiative Theatre for One, a series of six monologues chosen by the six actors performing them. 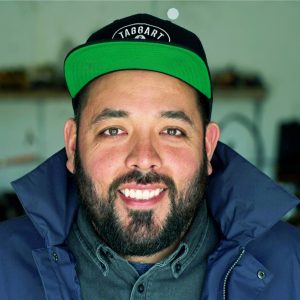 Jimmy Blais
The Mechanic - Middletown by Will Eno
X

Jimmy is a member of the Muskeg Lake Cree Nation and is of Plains Cree and French settler heritage. Born and raised on tiohtià:ke, Jimmy is a seasoned stage and film actor and has worked for over 15 years in collaboration with companies like Native Earth Performing Arts, The Stratford Festival, The National Arts Centre, Centaur Theatre, Geordie Theatre, Porte Parole and La Licorne. He has had roles in television and film for Crave, Discovery Channel, CBC and Space as well as multiple award-winning short films. Jimmy’s most notable tv role was playing Watio for five seasons in APTN’s hit series Mohawk Girls. Jimmy is also a writer and director. His newest play Feather Gardens recently debuted at Hudson Village Theatre. In October of 2021, Jimmy became the 4th Artistic Director of Geordie Theatre in Montreal. 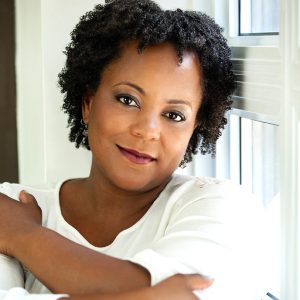 Lucinda Davis found her way into the profession through a weird twist of fate: timid and with virtually no acting background, she was called by mistake to audition for a leading role in a television series, and got the part. Twenty years later, she has amassed an impressive list of credits for stage, television and film and has lent her voice to cartoons and video games. She co-founded Metachroma Theatre, whose mandate is to normalize the presence of diverse performers on Canadian stages. She has been the proud recipient of performance awards from the Montreal English Theatre Awards, the Prix Rideau Award, the ACTRA Montreal Awards for voice performance, and was ACTRA Montreal’s Woman of the Year in 2017. Theatre credits include: 39 Steps, Intimate Apparel, Doubt (Centaur Theatre), Adventures of a Black Girl In Search Of God (National Arts Centre, Centaur Theatre and Black Theatre Workshop), Harlem Duet (Black Theatre Workshop), random (Imago Theatre and Black Theatre Workshop) and How Black Mothers Say I Love You (Great Canadian Theatre Company, Serving Elizabeth (Belfry Theatre). 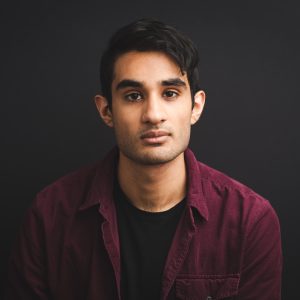 Rahul Gandhi is a bilingual actor, director, creator, and producer born, raised, and located in Montreal. Though his heart lies on stage, he wears various hats in and around theatre, film, television, and arts administration.

He holds a BFA with honours, and a Graduates’ Diploma in Communication studies, both from Concordia University. Theatre credits include M in Lungs (Kitbag Theatre, 2022), Miles in The Drawer Boy (Watermark Theatre, 2022), and the Black Theatre Workshop AMP ensemble (2019). Notable arts work includes being the Director of Operations for the Quebec Drama Federation.

His company, Tantalus, where he is the co-artistic director is now working on Alice Abracen’s What Rough Beast, presented as part of an upcoming Brave New Looks series at Centaur Theatre.

He’s ecstatic to be able to share his work on Thom Pain, and to hop on stage once again in Montreal! 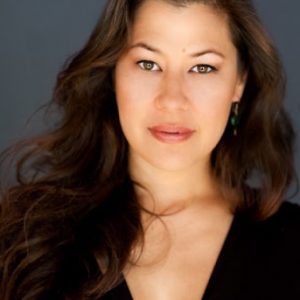 She is currently finishing her third play, Mizushōbai- The Water Trade, commissioned by Tableau D’Hôte Theatre, about Kiyoko Tanaka Goto, a Japanese picture-bride turned ‘underground’ businesswoman in 1930s British Columbia, slated for production in its 2023/24 season. She is co-Artistic Producer of Tashme Productions with Ottawa artist Matt Miwa. Their documentary play, The Tashme Project: The Living Archives, a verbatim account of the Japanese Canadian internment experience told through the childhood memories of their elders, recently toured across Canada, was published in the anthology Scripting (Im)migration and is now being adapted into a graphic novel with Nikkei artist PJ Patten.

She has been a mentor for Imago Theatre’s ARTISTA program, Black Theatre Workshop’s AMP and co-facilitator for the Arrivals Legacy process with Diane Roberts. Julie is a proud Sansei (third generation) Japanese Canadian and is an apprentice member of the taiko group Arashi Daiko. 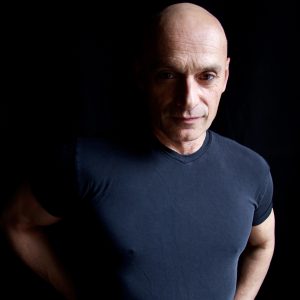 Jean Marchand graduated from the Conservatoire d’art dramatique de Montréal in 1975. In addition to being a bilingual actor and outstanding director, Jean Marchand has pursued a career in classical piano as soloist, chamber musician and accompanist.

Part of the television scene for many years, Jean was discovered on the small screen in 1990 in Les filles de Caleb by Jean Beaudin. Two years later, Jean worked for the same director in Shehaweh. He acted in several major Quebec series such as Miséricorde, Les Orphelins de Duplessis, Félix Leclerc and Mauvais Karma, to name just a few. In recent years, Jean has been seen in Unité 9, La Faille 2 and District 31. In 2022, Jean joined the cast of the Netflix series Graymail starring Noah Centineo.

On the big screen, Jean’s career is well-established. Over the last forty years, he has acted in a dozen feature films. Recently, he has won over the public with appearances in Mars et Avril directed by Martin Villeneuve, as well as Boris sans Béatrice and Répertoire des villes disparues by Denis Côté. We will be able to see his talent at work this year in Sophie Dupuis’ next film, Drag.

Finally, on stage, Jean has acted in all of the major theatres of the province over the years. He has performed in Nelligan under the direction of Monique Leyrac at Place des Arts, in La Cantatrice Chauve directed by Daniel Roussel at Théâtre du Rideau Vert, in Antigone directed by Lorraine Pintal at Théâtre du Nouveau Monde, and in Amadeus directed by Alexandre Marine at the Segal Centre, among many other productions. Most recently, Jean acted in Richard III directed by Brigitte Haentjens at Théâtre du Nouveau Monde and was in You Will Remember Me at Centaur. This year, for the 2022-23 season, he will be part of the cast of Le Roman de Monsieur Molière, which will be presented at TNM, directed by Lorraine Pintal.

Alexandra Petrachuk works professionally in film, theatre, TV, voice, puppetry and video games. A graduate of the BFA Theatre Performance program at Concordia University, she was honoured with two Montréal English Theatre Awards (METAs) immediately following her training: Outstanding Supporting Actress and Outstanding Emerging Artist in 2016. Her contributions to the theatre have been continuously recognized by the English-language theatre community. She has worked with Scapegoat Carnivale, Youtheatre, Imago, CABAL, Segal Centre, at La Chapelle Scènes Contemporaines, and has performed in acclaimed festivals such as SummerWorks and Centaur’s Wildside. Petrachuk regularly lends her voice to projects for radio, the NFB, Netflix, Ubisoft and local video game developers. On-screen, she co-starred in Bruce LaBruce’s Saint-Narcisse which premiered at the Venice Film Festival in 2020, at TIFF & Festival du Nouveau Cinéma. She will be making her television debut in the upcoming series, The Recruit for Netflix this year.

by Will Eno, directed by Jessica Carmichael
Featuring Jimmy Blais – The Mechanic

November 15 Thom Pain (Based on Nothing)

December 12 The Duchess of Malfi