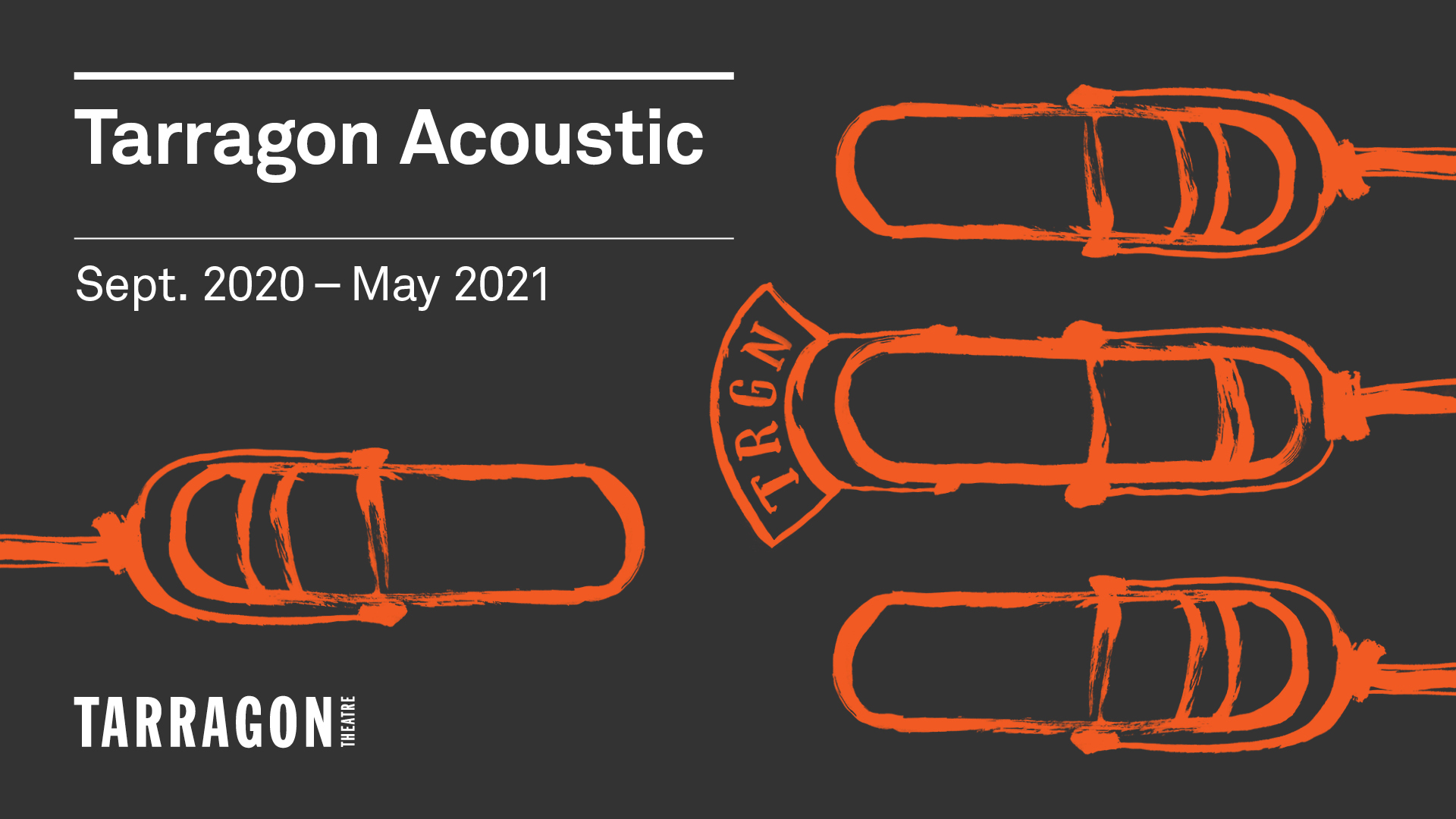 Produced by the Tarragon Theatre

Centaur Theatre’s Artistic Associate, Rose Plotek, has curated an assortment especially for Centaur audiences. Each play will remain online for a period of 2 weeks. Centaur will receive a portion of the sales.

From classics to new works, Tarragon Acoustic features Canadian plays that were developed at Tarragon Theatre, the home for Canadian playwrights. Performed by some of Canada’s best actors, this online collaboration is an opportunity for Centaur to share more theatre with you until we can once again take to the stage.

Tickets will be available for purchase 2 weeks before each scheduled podcast. The ticket purchasing link will be posted below each show title. Ticket prices are $12.50 (tax incl.) + $2.99 service fee.

When you click on the link, you will be redirected to Tarragon Theatre’s website, where you will need to create an account to begin the checkout process. Once you enter your credit card information, the question “How Did You Hear About Us?” appears below the payment info in the checkout process. Please select “Centaur Theatre Patron”. Once payment is completed, you will receive an email confirmation with your payment receipt.

On the first day of the reading, you will receive an email with your access information.

**If your reading’s availability period has already began:

Within 24 hours (or less during office hours) you will receive an email from Tarragon with your access information. Simply log in anytime during the play’s 2-week availability period.

All ticket sales are final. No refunds or exchanges.

Wajdi Mouawad’s writing is powerful; a beautifully penned story that paves a path to a mother’s unspeakable pain. The closer Janine and Simon get to finding the source of her silence, the closer they are to uncovering a tragedy so horrific it will engulf the world they know. Continuing his quest for sense and beauty, Wajdi Mouawad has plunged into the turbulent depths of writing to discover, washed up midst the sand dunes, fiery tales lost in the mists of time. Making their way through the dunes are Nawal’s twin children, Janine and Simon, who want to solve the mystery of their origins. In retracing the bitter history of their mother, other characters come into the story—witnesses or key players able to assist in the investigation. Carried aloft by poetic language, the inquiry pursued by Janine and Simon unfolds in a dreamlike atmosphere that cultivates the mystery surrounding a knife thrust into the heart of childhood.

Incendies (Scorched) has been produced all over the world, including the United States, Brazil, Austria, Germany, Mexico, Spain and Australia. The 2007 production at the Tarragon won two Dora Mavor Moore Awards, including Best Play and Best Director for Richard Rose. The production has been remounted several times and went on a cross-Canada tour in 2008–2009. In 2011 Incendies, the film version of the play directed by Denis Villeneuve was Canada’s official selection for the 2011 Academy Awards and was nominated in the Best Foreign Language Film category.

Scorched was first produced at Tarragon in February 2007, was remounted in September 2008 and remounted again in June 2009.

Audrey was the Urjo Kareda Artist in Residence at Tarragon Theatre in 2018-19 and was also the Assistant Artistic Director. She is currently the associate artistic director of the Royal Manitoba Theatre Centre.

Come Home – The Legend of Daddy Hall is a brand new play with music.