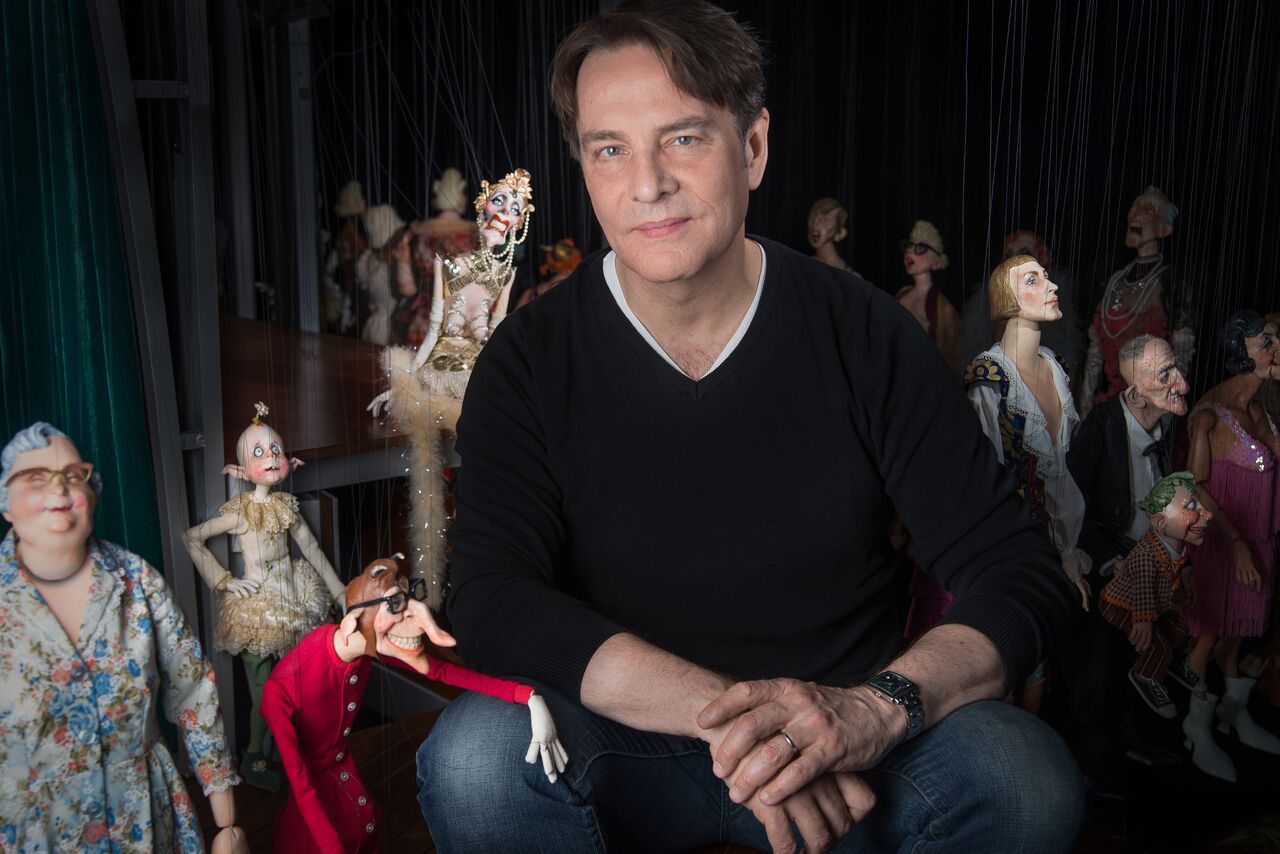 Everyone’s favourite puppet master, Ronnie Burkett, has brought his troupe of merry marionettes from The Daisy Theatre back to Centaur Theatre for the first ever Quebec production of Little Dickens. You may think you know Charles Dickens’ classic A Christmas Carol by heart, but that doesn’t mean you know what’s coming in Mr. Burkett’s version.

Indeed, Burkett’s penchant for improvisation during what is not exactly a one-man show means that Little Dickens is never the same from one performance to the next.

a national treasure… he pulls at all heartstrings with spectacular dexterity and virtuosity to move even the most Scrooge-esque of theatregoers.

This is not your grandmother’s Christmas Carol – the double entendres and bawdy jokes are as rich as you’d expect from a Daisy Theatre show – yet there are also moments of tenderness that will inevitably make you go “aww” along with the rest of the audience. Camila Fitzgibbon writes that “the piece gently lands in a sweet spot between naughty and nice”.

puppet master, set changer, curtain puller, song writer and storyteller all in one.

The reviews are unanimous: Ronnie Burkett’s Little Dickens is “a ‘must-see’ in Montreal theatre this season”, “a gift to all of us”, and “a phenomenon”. Now that the show’s been extended through December 21, there’s never been a better time to see the Daisy Theatre gang in their holiday finest (Nothing says Christmas like a new pair of pasties!) and Ronnie Burkett at his best. “Don’t miss it”, says Jim Burke. We couldn’t agree more. Little Dickens has been extended to December 21st.